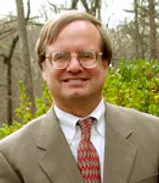 Senior Consultant
Email: This email address is being protected from spambots. You need JavaScript enabled to view it.

After joining Joe Tanner & Associates in October 2007, David Word has used his thirty-two years of experience in managing State environmental programs to assist and guide clients in a variety of environmental and governmental activities.

David Word was the Assistant Director of EPD from 1992 to 2006.  He provided day-to-day oversight of all environmental programs including, water quality, water allocation, erosion and sedimentation control, safe drinking water, safe dams, solid and hazardous wastes, underground storage tanks and site remediation.  He was actively engaged in developing and implementing statewide environmental policy, rules and legislation.  He was called upon countless times to find win-win solutions for local governments and businesses grappling with environmental requirements.

David Word was recognized by Governor Joe Frank Harris as one of four DNR employees to receive a special commendation as an outstanding employee.  He was directly involved in, and a key founder of, the Institute for Georgia Environmental Leadership.

David Word worked directly with local governments in the metropolitan Atlanta area after retiring from EPD.  He was an engineer with the Cobb Water System and a Senior Principal Planner with the Metropolitan North Georgia Water Planning District.

He received a Bachelor of Civil Engineering degree from Duke University and a Masters of Environmental Engineering from the University of Maryland.  He and his wife Chris reside in the City of Atlanta.