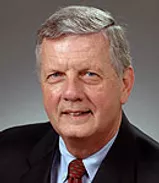 Executive Administrator
Email: This email address is being protected from spambots. You need JavaScript enabled to view it.

From 1980 to 1998 he served as Vice President of American InterContinental University (formerly The American College) where he oversaw both the staffing and budget for the educational programs. He worked closely with the university’s accrediting agencies and various state and federal oversight commissions. Jim was heavily involved in writing self-studies which enabled the university to achieve its degree granting rights, its regional accreditation by the Southern Association of Colleges and Schools (SACS), and its accreditation by the Foundation for Interior Design Education Research (FIDER) of the university’s interior design program.

In the 18 years he was with the university, he worked to help the institution increase its student body enrollment from under 200 to more than 1000. He also worked closely with university officials and consultants in automating and computerizing university systems – both administrative and academic. Jim served as a liaison between the university’s main campus in Atlanta and its sister campuses in Los Angeles, London, and Dubai and was responsible for helping establish lines of communication among the four campuses.

Prior to joining American InterContinental, for nine years Jim was a buyer for Davison’s (a division of R. H. Macy, Inc.). During this time, he was responsible for a multi-million dollar annual budget and served as the senior Far Eastern buyer. In this position, he traveled extensively in the United States and the Pacific Basin.  Before joining Davison’s, he taught at the Darlington School in Rome, GA and the Lovett School in Atlanta.

He holds a MBA from Emory University and a BA/English from the University of South Carolina where he was a member/officer of Kappa Sigma Fraternity.