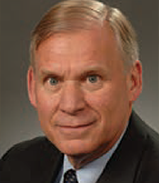 Senior Consultant
Email: This email address is being protected from spambots. You need JavaScript enabled to view it.

Bill Roper earned a well-deserved reputation during his 33 years with the Governor's Office of Planning and Budget, a successful tenure that lasted through six gubernatorial administrations. Roper was instrumental in developing each Governor's annual budget recommendations to the state Legislature and presenting his legislation plan. In addition, Roper monitored and analyzed major legislation introduced in the General Assembly each year among his services to the Governor.

In addition to his work as a gubernatorial liaison with the Legislature, Bill Roper organized, scheduled, and managed every major management improvement initiative in state government, beginning with Governor Lester Maddox's administration and continuing through Zell Miller's. For example, Roper initiated a Statewide Electronic Data Processing Task Force during Maddox's term. During Governor Jimmy Carter's tenure, Roper oversaw the State Reorganization and Management Improvement Commission. At the request of Governor Zell Miller, Bill Roper guided both the Commission on Effectiveness and Economy in State Government and the Commission on the Privatization of State Services. Roper's other efforts covered streamlining state regulation of businesses, establishing a post-secondary vocational education system, and creating a commission to manage the state public broadcasting system.

An Atlanta native, Bill received a bachelor's and a master's of business administration from Georgia State University. He and his wife have two grown children.