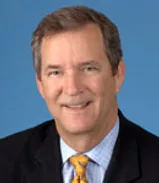 President & CEO
Email: This email address is being protected from spambots. You need JavaScript enabled to view it.

Prior to joining Joe Tanner & Associates, Jerry served as Senior Consultant of Strategic Development at Troutman Sanders Strategies. Jerry served ten years in the Georgia House of Representatives, representing Georgia’s Southeastern coast. In his second term, Jerry was selected Minority Whip and led Republicans to their first majority in 130 years. Jerry was unanimously selected by his Caucus in 2004 to serve as House Majority Leader; he served in that capacity until his 2010 departure.

During his legislative tenure, Jerry was one of three House conferees on all budget matters. He also played a major role in navigating the most important tort reform legislation Georgia had seen in over thirty years. Jerry was the architect of legislation creating the Georgia Tax Reform Council commissioned to reform Georgia’s tax code.

In addition to his public service, Jerry has a litany of professional experience in financial management and consulting. Jerry has been recognized by various business organizations for his accomplishments receiving the Georgia Chamber of Commerce Lifetime Achievement Award and Georgia Trend Magazine’s ‘100 Most Influential Georgians’ on numerous occasions. Jerry is also an Alfred W. Jones award recipient by the Brunswick Golden Isles Chamber of Commerce for his service to Coastal Georgia.

Jerry’s extensive experience in public policy making and political affairs coupled with his ability to produce results, distinguish him as a leader in producing successful solutions, which is beneficial to Joe Tanner & Associates and the clients he serves.